The Impact of Relationships on Sales

When designing a new product or service to bring to the market, it is easy to get caught up with the attributes of the product itself. For example, many businesses focus on creating the most advanced technology and getting first mover advantage. However, to succeed in an industry, a business is not required to have access to the most or best resources. The recipe to success lies elsewhere. 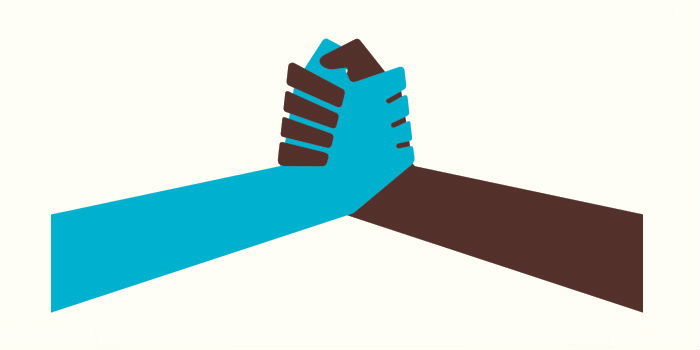 When designing a new product or service to bring to the market, it is easy to get caught up with the attributes of the product itself. For example, many businesses focus on creating the most advanced technology and getting first mover advantage. However, to succeed in an industry, a business is not required to have access to the most or best resources. The recipe to success lies elsewhere.

According to Simon Sinek, those who succeed “think, act, and communicate… the complete opposite to everyone else”. Sinek has a model that represents such behavior. Called the Golden Circle, this theory is composed of “why”, “how”, and “what”. “Why” accounts for your purpose, calling or belief. “How” focuses on the process, which can take form as a “differentiated value proposition”. “What” focuses on the action itself. 100% of people know “what” they do, which is visualized in the diagram below.

Only some people know “how” they do it, while only a small percentage know the purpose behind it. Most of society like to direct their attention to something ambiguous before closing in onto something specific. As a result, they tend to think from “outside in” (what → how → why). However, that is where the majority of people make a mistake and hinder their effort to reach their goals. The ones who are able to bypass this way of thinking are “inspired leaders and inspired organizations”, who think from inside out instead (why → how → what). As a business, profit is important in terms of breaking even and having the resources to stay in the market. However, profit is just a result, not a purpose. The latter is what it takes for a business to successfully drive sales.

APPLICATION OF THE GOLDEN CIRCLE ON APPLE

During his 2009 TED talk, Sinek related the model to Apple Inc. As mentioned above, there are two approaches to the Golden Circle: outside-in (what → how → why) or inside-out (why → how →what). The latter approach is the one that successful individuals and businesses follow. As you already know, Apple has been successful in terms of marketing products ranging from computers to smartphones. This is due to it following the inside-out approach. They start with why (“We believe in thinking differently and challenging the status quo”). This would be followed with how (“The way we challenge the status quo is by having something beautifully designed and user friendly”) and end with what (“We just happen to make great computers”).

Now let’s look at a made-up situation in which Apple follows the outside-in approach. Now, Apple will starting with what (“We make great computers”), followed by how (“They’re beautifully designed and user-friendly”). Their sales pitch will end will end with why (“Want to buy one”).

Compare the two and it should be obvious which sales pitch is more appealing. When choosing what to purchase, people “don’t buy what you do, they buy why you do it”. As a result, the inside-out approach is able to appeal better to consumers and is more successful in generating sales.

SCIENCE BEHIND THE GOLDEN CIRCLE

The Golden Circle model can actually be backed up by biology. The human brain is made up of three components, two of which we will be focusing on. The first would be the neocortex, also known as the “homo sapiens brain”. This component is responsible for rational and analytical thought, as well as language. Thus, the neocortex corresponds with the aspect of “what”. The second component is the limbic system, which corresponds with both “how” and “why”. The limbic system is responsible for feelings and “human behavior”. It has no capacity for language and is the drive behind trust and loyalty. Since it is directly responsible for behavior, the limbic system should be targeted when trying to land a sale. Just getting a consumer to think about making a purchase is not enough if the desired behavior is not exhibited.

LAW OF DIFFUSION OF INNOVATION

To achieve mass-market success or acceptance of an idea, the Law of Diffusion of Innovation should be taken into account. According to this, the first 2.5% of the population are innovators. The next 13.5% are early adopters. Both innovators and early adopters are comfortable with making “gut decisions” and are “driven by what they believe”. They do not only base their decisions on just what product is already available in the market. The next 68% is considered the majority. The part of the population cab be evenly split into early and late majority (each accounting for 34%). The remaining 16% are called laggards.

Achieving mass-market success involves winning over both majority sections, which involves having 15-18% market penetration. Some businesses think that a 10% conversion rate is satisfactory. However, 10% is not enough to reach and appeal to the majority. The early majority is only comfortable with trying something if someone else has tried it first. As a result, it is important to gain that additional 5% market penetration to close the gap and reach the majority.

One common mistake that people make when trying to close a sale is “forcing” the product or service onto potential customers without building a personal connection first. Sure, forcefully selling something may bring in results at first, but it will not allow for anything that is long-lasting. At most, the sale will just be a one-time thing. Revenue should not be the only focus when it comes to selling. Building strong customer relationships can lead to further sales along the road.

Sales should not focus on what you can offer or what existing skillset you have. Instead, it should focus on if you can solve any existing problems of the customer. According to Dale Carnegie, “The only way on earth to influence other people is to talk about what they want and show them how to get it”. It is easier to generate a solution to an existing problem than to generate a problem that you have a solution to. It is important to stay genuine while trying to land a sale, because it is easy to pick up on when flattery is insincere. In fact, forced praise will most likely backfire, since customers may get a feeling there is an “ulterior motive”. It is essential to make the sale seem like it was the customer’s own personal choice, not something you forced onto him or her.

IgnitePOST believes that relationships are critical to sales. We create the meaningful connections that enable more sales. We do this by providing the best highly personalized physical outreach services available.

IgnitePOST helps brands create magic moments for their customers. Our real pen and ink handwritten notes cut through the digital noise to surprise and delight customers exactly where they are in their shopping journeys.

Our intelligent software integrates with existing systems for easy set up and our robotics work at massive scale using ballpoint pens to give warmth to each note. This software-hardware combination generates perfectly timed and crafted moments that drive customers to action as our above industry average conversion rates show.

Interested in learning more or seeing how we can help you hit your goals? Contact us today: support@ignitepost.com﻿

Ready to fire up your campaigns?🚀